George Bernard Shaw knew that the rich are no better than the poor. But though the argument seemed settled then, it now rages more fiercely than ever !

George Bernard Shaw knew that the rich are no better than the poor. But though the argument seemed settled then, it now rages more fiercely than ever 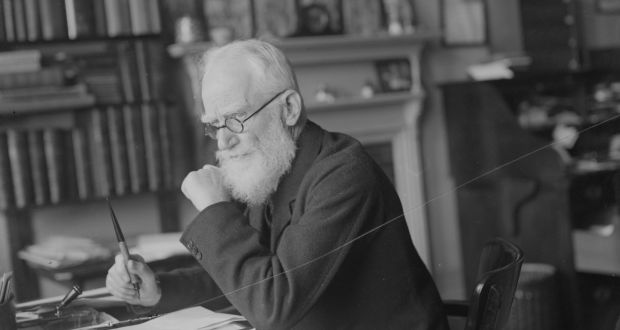 If you know Alfred Doolittle only from Stanley Holloway’s infinitely lovable portrayal of him in My Fair Lady, you might not realise that he’s a bit of a monster. In George Bernard Shaw’s original play, Pygmalion, he arrives in high dudgeon at the home of Henry Higgins, who has, Doolittle assumes, taken control of his daughter Eliza for sexual purposes. He is not morally outraged – he just wants to be paid: “The girl belongs to me. You got her. Where do I come in?” Doolittle is a member of the most despised of all social classes: the undeserving poor. He has no desire to be reformed. But he asks – and answers – the most penetrating question: “What is middle-class morality? Just an excuse for never giving me anything.”

In the second half of the play, though, the monster who was willing to sell his daughter for a fiver reappears in a silk hat and patent leather shoes. He is clean and elegant. He is getting married. He is now, as he bitterly complains, a paragon of that same middle-class morality. What has transformed him? Money. In an outrageous plot twist, Doolittle has inherited millions and he is now obliged to appear thoroughly respectable.

Pygmalion is not just about Eliza’s transformation from flower girl to apparent duchess. It’s about her father’s transformation from a disreputable chancer to the epitome of propriety. And in this morality tale is one of Bernard Shaw’s most important arguments: people are not poor because they are immoral; they’re immoral because they are poor. Or, to put it in the terms of today’s assumptions about poverty: the problem with the poor isn’t their “culture” or their want of character. It’s just that they don’t have enough money.

By the time he died, in 1950, Bernard Shaw, as the most widely read socialist writer in the English-speaking world, had done as much as anyone to banish the fallacy that poverty is essentially a moral failing – and conversely that great riches are proof of moral worth. His most passionate concern was with poverty and its causes. He was haunted by the notorious Dublin slums of his childhood. As his spokesman Undershaft puts it in Major Barbara: “Poverty strikes dead the very souls of all who come within sight, sound or smell of it.”

The question – why are the poor poor? – has a number of possible answers in the 21st century, just as it had in the late 19th. A Eurobarometer report in 2010 examined attitudes to poverty in the European Union. The most popular explanation among Europeans (47%) for why people live in poverty was injustice in society.

But the other half of respondents opted for some other cause: 16% said people live in poverty because of laziness and lack of willpower, another 16% saw poverty as an inevitable part of progress, and 13% said people live in poverty because they have been unlucky. These arguments were also raging in the late 19th and early 20th centuries, and Shaw was a crucial figure in making people understand that poverty is about the way society is organised, not about the failings or bad luck of the poor.

In the preface to Major Barbara, Shaw attacks “the stupid levity with which we tolerate poverty as if it were … a wholesome tonic for lazy people”. His great political impulse was to de-moralise poverty, and his most radical argument about poverty was that it simply doesn’t matter whether those who are poor “deserve” their condition or not – the dire social consequences are the same either way. He assails the absurdity of the notion implicit in so much rightwing thought, that poverty is somehow more tolerable if it is a punishment for moral failings : “If a man is indolent, let him be poor. If he is drunken, let him be poor. If he is not a gentleman, let him be poor. If he is addicted to the fine arts or to pure science instead of to trade and finance, let him be poor … Let nothing be done for ‘the undeserving’: let him be poor. Serve him right! Also – somewhat inconsistently – blessed are the poor!”

In an era when many on the left purported to despise money and romanticised poverty, Shaw argued that poverty is a crime and that money is a wonderful thing. He recognised that there is no relationship between poverty and a supposed lack of a work ethic: Eliza Doolittle is out selling her flowers late at night in the pouring rain but she is still dirt poor. (Conversely, when she is “idle” and being kept by Higgins, she leads a life of relative luxury.) And therefore the cure for poverty can never be found in moral judgments.

The cure for poverty is an adequate income. “The crying need of the nation,” he wrote, “is not for better morals, cheaper bread, temperance, liberty, culture, redemption of fallen sisters and erring brothers, nor the grace, love and fellowship of the Trinity, but simply for enough money. And the evil to be attacked is not sin, suffering, greed, priestcraft, kingcraft, demagogy, monopoly, ignorance, drink, war, pestilence, nor any other of the scapegoats which reformers sacrifice, but simply poverty.”

The solution he proposed was what he called a “universal pension for life”, or what we now call a universal basic income .

By the end of Shaw’s immensely long career, it seemed that these arguments had been won. They even seemed rather passé – what thinking person could ever revert to Victorian notions of poverty as a moral disease? But moralising about poverty returned with a vengeance. When, in January 1983, Margaret Thatcher declared in a television interview that “Victorian values were the values when our country became great”, it was clear that one of those values was the belief that poverty is fundamentally a question of character.

The rich are now as confident as they ever were that they deserve what they have. We have returned to what Shaw called the “absurdly unpractical notion that in some way a man’s income should be given to him, not to enable him to live, but as a sort of Sunday school prize for good behaviour … Was ever so idiotic a project mooted as the estimation of virtue in money?”